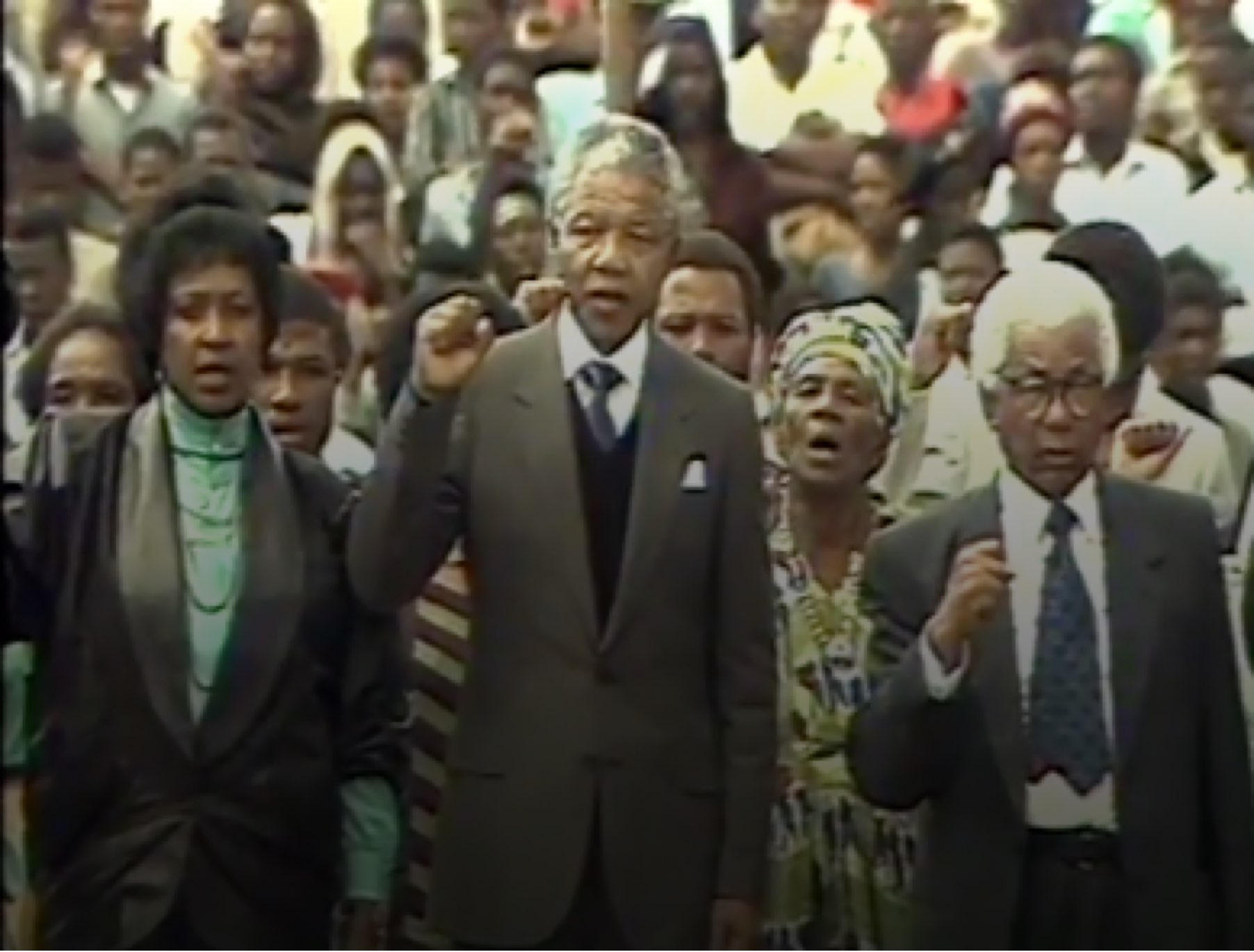 This video archive of documentary footage of the anti-apartheid movement in South Africa is the result of collaboration between MATRIX, the MSU African Studies Center, the South African Film and Video Project (SAFVP), and the Community Video Education Trust (CVET). CVET is a South African community development organization whose primary mission is to train South African citizens in the previously disadvantaged communities of the greater Cape Town area in video productions. CVET works towards the ideal of democratizing media access and use and believes in the power of video technology as a catalyst for social development.

Since its formation in 1976, CVET has assisted in the collection of “home-made” video and audio documentation of the anti-apartheid struggle in South Africa. This website is a digital repository of that footage and helps make accessible to a worldwide audience a small glimpse of what life was like during and after apartheid South Africa. Featuring footage of famous persons (i.e., Nelson and Willie Mandela, Desmond Tutu, and Joe Slovo); famous organizations (i.e., the African National Congress, the Black Sash, and the United Women’s Congress); and popular demonstrations, meetings, speeches, and funerals, the CVET collection is an archive unlike any other. The value of this archive lies in its rarity — both in content and perspective. Very little footage of the anti-apartheid movement has been shot and edited from an “insider’s perspective,” making this footage an exceptional vantage point by which to see the South African struggle in a new light.

"Today, my return to Soweto fills my heart with joy. At the same time I also return with a deep sense of sadness." Nelson Mandela, February 13, 1990.